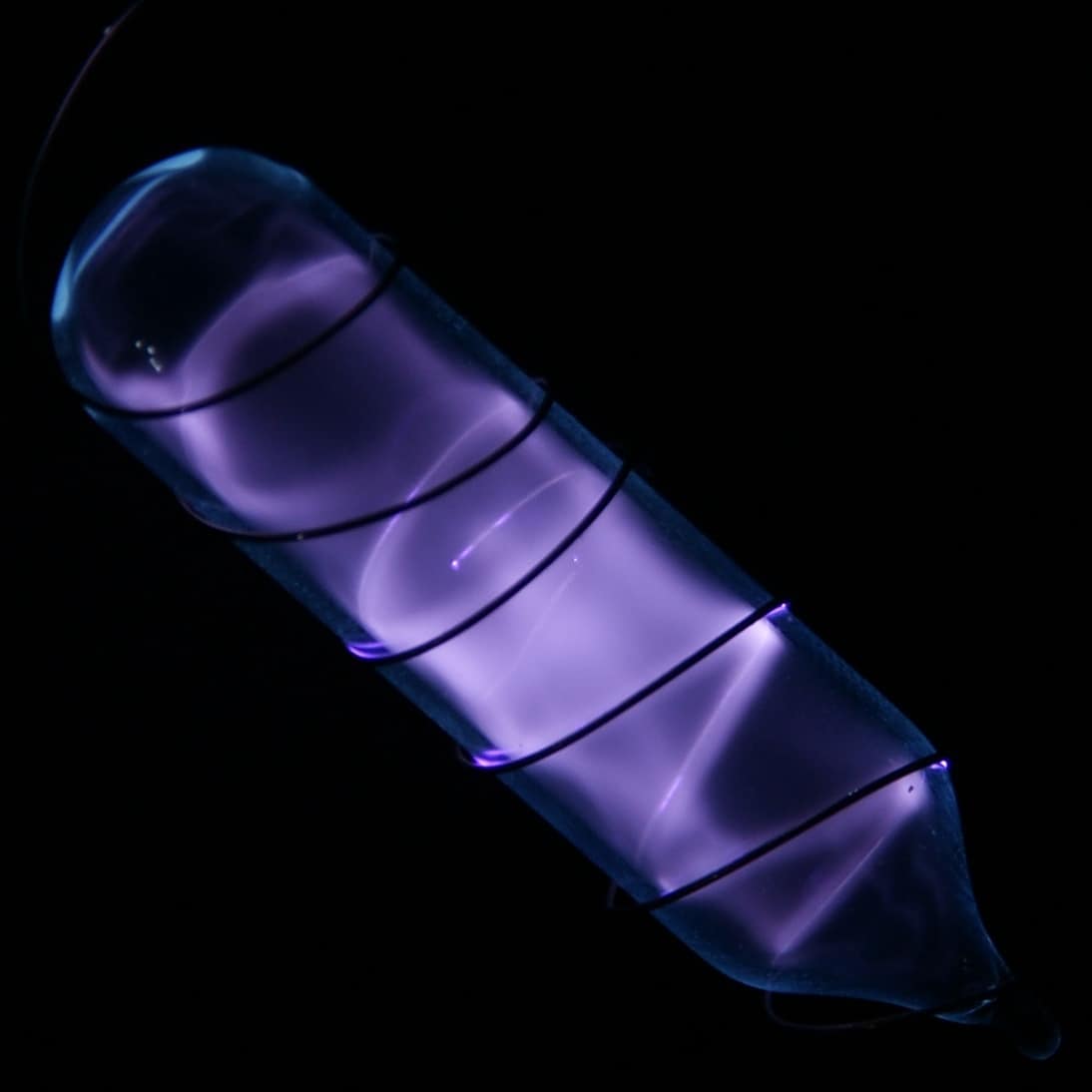 Hydrogen is the most abundant element in the universe. It is estimated that 90% of all matter is hydrogen. It has interesting qualities that make it a unique element on our material plane. Its name comes “from the Greek words hydro (water), and genes (forming). Hydrogen was recognized as a distinct substance by Henry Cavendish in 1776.” “Although pure hydrogen is a gas, we find very little of it in our atmosphere. Hydrogen gas is so light that, uncombined, hydrogen will gain enough velocity from collisions with other gases that they will quickly be ejected from the atmosphere. On earth, hydrogen occurs chiefly in combination with oxygen in water, but it is also present in organic matter such as living plants, petroleum, coal, etc. It is present as the free element in the atmosphere, but only less than 1 ppm by volume. The lightest of all gases, hydrogen combines with other elements — sometimes explosively — to form compounds.”  (Los Alamos Laboratory)

Hydrogen permeates our lives. Five elements are the basis of our proteins: Hydrogen, Oxygen, Nitrogen, Carbon and Sulfur. Using these few elements, Hydrogen helps provide an essential structure for our bodies. Hydrogen is part of our economics in the form of Hydrocarbons. It is how we power the world right now. When they are burned, they produce Carbon Dioxide and Water with enough Oxygen. Without enough Oxygen they produce Carbon Monoxide. Methane (natural gas) CH4 ; Propane C3H6 ; Gasoline C11H24 and Jet Fuel C20H42 are all solely composed of Carbon and Hydrogen. The Carbon creates the pollution and the issues with our atmosphere.

Of course these are just some of the possible combinations, but the point is centered on the use of Hydrogen itself. There are many people working now to change our energy economy from Carbon to one of Hydrogen. As noted above, when Hydrogen burns, the byproduct is water. Hydrogen has the potential to be our energy source and eliminate many of the problems of a Carbon based economy: pollution, politics and privatization of resources.

As they resonate with each other Carbon and Hydrogen, with a few other elements, create different vibrations that show up as the scents of pine, camphor, menthol and a variety of other compounds that are the basis of many plant essences. Their aromatic nature is based upon their different vibrational qualities. This is a somewhat controversial statement but if you look at the book by Chandler Burr called “The Emperor of Scent,” you will read a story of Luca Turin, a renegade biophysicist with the gift of having an amazing sense of smell and the view that our sense of smell is based on our nose being able to distinguish the unique vibrations of compounds. His name links to a TED talk where he explains this process. His perfume reviews are a stream of consciousness set of images and notes that wash over you as you read them.

The point, after this sensuous sidetrack, is that vibration is our world and we are vibration. Our body senses quite a wide range of vibrations, our physical realm is vibrating and we are part of the vibrational continuum. Hydrogen is the vibration that shows up in many compounds that we experience daily. Proteins, water, vitamins, cholesterol, natural gas, gasoline, and the list goes on for all of the substances that Hydrogen plays a role. This is the reason that aromatherapy, color therapy, plant essences, Reiki and other forms of vibrational healing help us. They are strong vibrations that help our body to re-member itself.

The spectra for Hydrogen are very simple. In this post I am only giving an indication of the color of the tones. The exact color and how to reproduce it on a computer screen eludes me. Another time I’ll write about the physics of the phenomena, but for the present, these posts are just sketches of the vibrational relationship of colors, electrons and tones. My research site has more details.

If you have perfect pitch, I ask you to set aside your knowledge and memory of tone and listen to the relationships of the tone rather than the tones based upon A4 at 440 Hz. Or, if the relationships are driving you crazy, listen at your own risk.

There are 5 primary tones and the lowest tone has a secondary tone that is about a 1/4 tone sharp and, incidentally, this note helps the chords to sound more consonant.

Red-Orange represents the first tones and the lower of the two is about 0.14 Hz sharp of G3 #. In this recording I only play the lower note.

The next 3 are in the Purple-Violet range with notes somewhat around D#, E and F

Here is the Hydrogen scale.

This one is a short sound sketch of the notes in two octaves.

The quest goes on for a group of musicians to begin to craft these sketches into full compositions. I would love potential contacts if you have them.

See: musicoftheperiodictable.com for more information on the physics of this work.