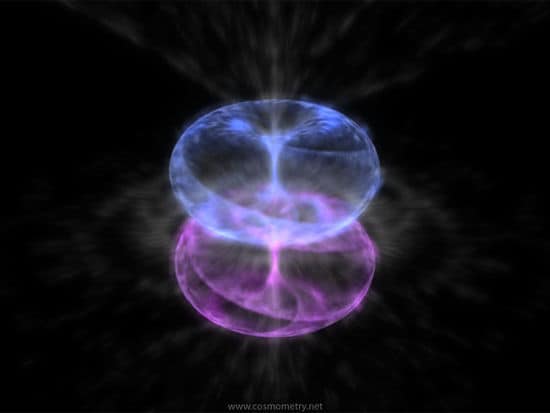 The past eight months has taken me into a wide range of studies from physics to farming. All of them had on one level or another recognized vibration as an integral part of our world. We are and our world is vibration. I have also encountered this character who goes by the surname of Science. After reading about what Mr. Science was proclaiming I began to take a dislike to this guy. I grew up with the idea that science was an objective process for gleaning the relationships of the world. My father, a nuclear physicist, often touted the glories of this process. However, as I read, I come across something quite different than the ideal. Rather than an objective, inquisitive, open investigation there is Mr. Science.

Science is seen as a sentient being. Ms. Science knows the answer. Mr. Science will lead the way. Growing up in a household where science was a pervasive and overriding guest at the table, science determined our state of being. Science tells us that only repeatable phenomena have validity. Therefore, anything that only happens once is not true. Transformations, instantaneous healing, miraculous changes have no scientific validly as they are one-off events. Anything that can’t be measured, can’t be put into the current paradigm of what is “real” is relegated to the closet. Mr. Science shuts the door. If you can measure it, it is present. I once asked about ‘the force of life.’ ‘No such thing’ was the answer. That was my first clue that something was amiss.

As an example, there are a group of people on the planet right now who are consciously living only on breath and light. Mr. Science says, “This is not physically possible and therefore is not happening.” The door is closed. Using the tools of ‘science’ (small ‘s’), the questions become, “Really? What phenomena is this? Where is it documented currently and historically? And it is happening. By the way. (Link to: Light Documentary) These questions open the door. History is full of examples of unexplained phenomena that investigation with an inquisitive mind opened rather than shut the door. 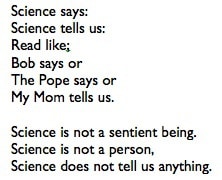 Currently science is a form of linear thinking that strives to connect different beads of thought, to create meaning in a non-linear world. Science has evolved into a process of attempting to solidify the plastic, ever-changing reality of interacting morphic fields that come from all material substance. Since this is a linear process it therefore has the effect of stringing lights around the Christmas tree showing a shimmery string of thoughts and calling the immensely dynamic tree, the string of lights. Being able to string beads does not mean I understand the dynamic nature of life.

Dynamics cannot be expressed linearly. I once took a degree in water resources and ended up in a class with engineers studying groundwater flow. I found myself looking at a string of Greek letters expressing a partial differential equation to predict the flow of groundwater. After learning Greek letters so I could read the dern thing, I found the way it worked was to control for variables (read as: make them linear and cancel them out) and create a linear expression out of a highly dynamic and variable process. Our friend, Joe Science, has taught us how to do this and therefore has completely misled us on the task of understanding our place within the world. 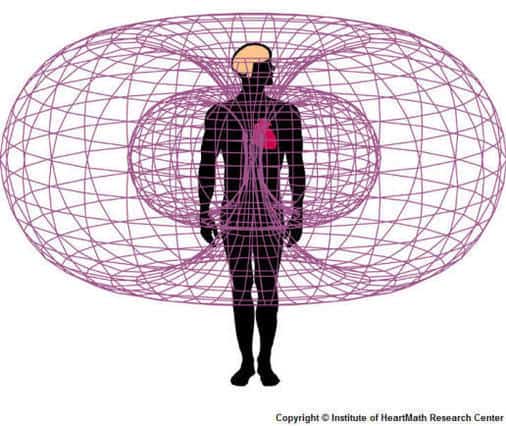 We are not on the world, separate and unique, we are in the world and dynamically interacting with plant, mineral and animal. Healing comes from finding our balance within these dynamic fields. Consciousness at the level of organs and even deeper cellular consciousness pervade our environment.

The more I look, the more I see what I am not seeing. The range of vibrational harmonics and resonances is amazing, extraordinary and imaginal. Imagination is condensing into matter. The energy of matter, the energy of creation, is idea, is clearly causing matter to form, contrary to the current idea of Lady Science who says just the opposite. Stephen Buhner asks, “What happens when you break off a piece of nature?” It begins to degrade to return to energy. A dead and dissected insect may tell us of its genetic uniqueness but its relationship to the living system is completely opaque.

The ability to make Roundup Ready Crops is heady stuff, even though vibrationally, it is devastating to all of the life of the soil, nutrient cycles, insects, and to anything that eats the fruit of these plants. There is a propensity of thought that says the world moves toward entropy – chaos – where in reality we live in a world of self-organizing, self-replicating systems that move towards syntropy.

Buckminster Fuller, J.W. von Goethe, Walter Russell, Viktor Schauberger, Rudolf Steiner, Masanabu Fukuoka all are scientists in the pure sense of the word. Each demonstrated an openness and receptivity to the subtle nuances of our dynamic world and from those perceptions suggested new and exciting modalities for healing ourselves and by extension, our home – Gaia – earth.

The next series of posts will be soundscapes of the colors and tones of the elements. While I complete the majority of stable elements, my research into the insights of Viktor Schauberger and Walter Russell will be taking up my research time. These two 20th Century individuals have complementary insights that may address my quest for how to apply the resonances of the elements.

← Tones of WaterTones of Selenium →